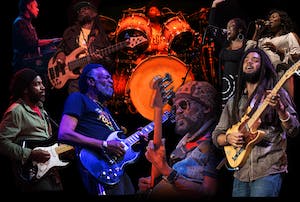 * General Admission * Standing Room Only- Any Available Seating Will Be On A Strictly First Come/ First Serve Basis * All Ages * Additional $5 Cash Surcharge At The Door For Under 21 * Attendees Under 16 Must Be Accompanied By A Ticketed, Adult Guardian * Posted Times Are Door Times- Events Generally Begin 30-60 Minutes After Doors Open * No Re-Entry 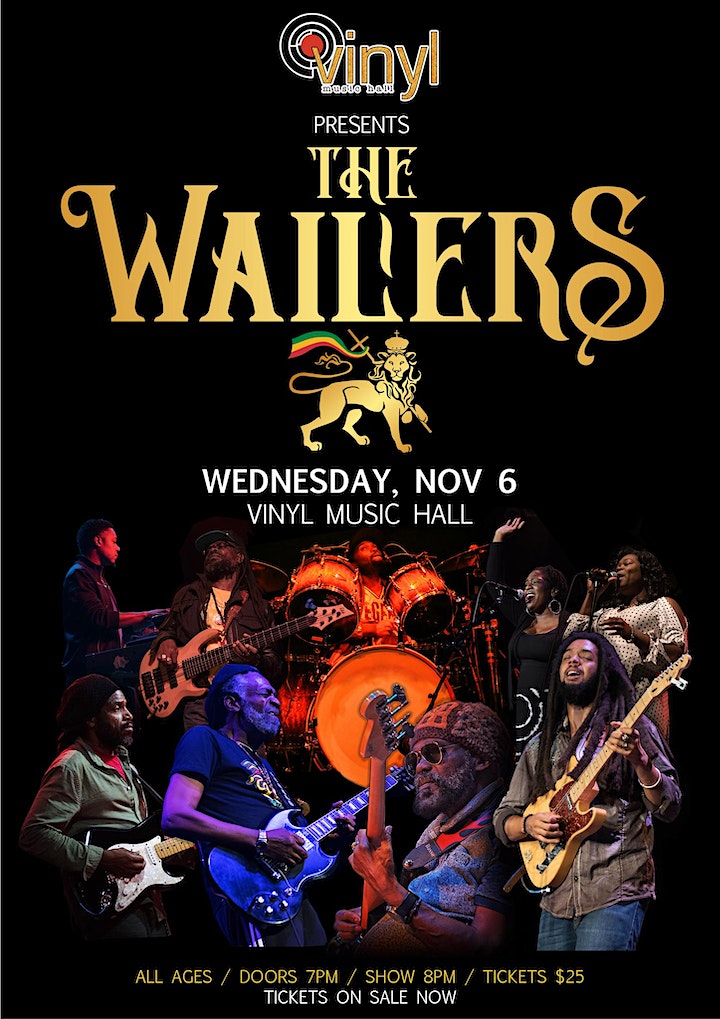 The legendary Wailers continue their quest to bring reggae to the forefront of the world's stage. Led by renowned bassist and founder Aston "Familyman" Barrett, and joined by original Wailers guitarist Donald Kinsey as well as saxophonist Glen DaCosta, The Wailers give audiences around the globe the opportunity to experience their unique and innovative sound. From 1972 to 1980, Bob Marley & The Wailers recorded, toured, and performed before countless millions worldwide. Since 1981, Familyman has carried on the mission to "keep The Wailers together" - just as Bob requested.

Accompanying the legends and children-of-legends on stage are many other talented musicians: bass guitarist Owen “Dreadie” Reid, a former student of Familyman who also plays bass with Julian Marley’s Uprising band; front man Joshua David Barrett, Rastaman by lifestyle and culture, who delivers Bob’s powerful message of Jah love and unity through his performance and interaction with the audience; Andres Lopez on keyboards, who has performed with artists such as Alborosie, Lutan Fyah, and Anthony B.; and Anne-Marie Thompson, an experienced gospel singer. FOH/Sound engineer is Christian Cowlin, a Wailers Band veteran who has traveled the world with The Wailers for more than 20 years and who is responsible for the band’s live sound.

Since Bob Marley’s untimely passing in 1981, Familyman vowed to keep a promise he made to his leader and friend – that he would hold the band together and maintain the music’s quality, to “keep me [Bob Marley] alive through music.” The message is still Burnin’, the Exodus of Jah people continues, Uprising and Survival remain the call to fans. The incomparable Wailers are coming to Babylon by Bus, to rock the stage, to bring the magic and message of Roots Rasta Reggae. It’s a Rastaman Vibration: a slice of music history you must not miss. Legend.

Straight out the dirty south comes the band HOR!ZEN. The band has been on the scene putting in work for many years. They have toured all over the mainland and have shared the stage with countless acts. What sets Hor!zen apart from the rest is their Southern Swag!

Formed by brothers Z and Nash, whose roots branch from the Island Kingdom Of Tonga, the band has been a way to stay out of jail and off the streets. Their songs reflect life coming up in the game on South O.B.T (google it!). They have three releases, "Past Due," "Bottom Out," and "Eviction Notice". "Bottom Out," produced by J-Wiz, and "Eviction Notice" produced by Adam Sliger and David Whitmore, are both available on iTunes and Spotify.

The band is owned and copyrighted as HOR!ZEN LLC. It is owned by the family and operated by Jah! All music and lyrics are originals and owned by that stated above.