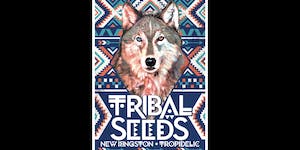 General Admission * Standing Room Only * If Any Seating Is Available, It Will Be On A Strictly First Come-First Serve Basis * All Ages * Additional $5 Cash Surcharge At The Door For Under 21 * Attendees Under 16 Must Be Accompanied By A Ticketed, Adult Guardian * Posted Times Are Door Times- Events Generally Begin 30-60 Minutes After Doors Open 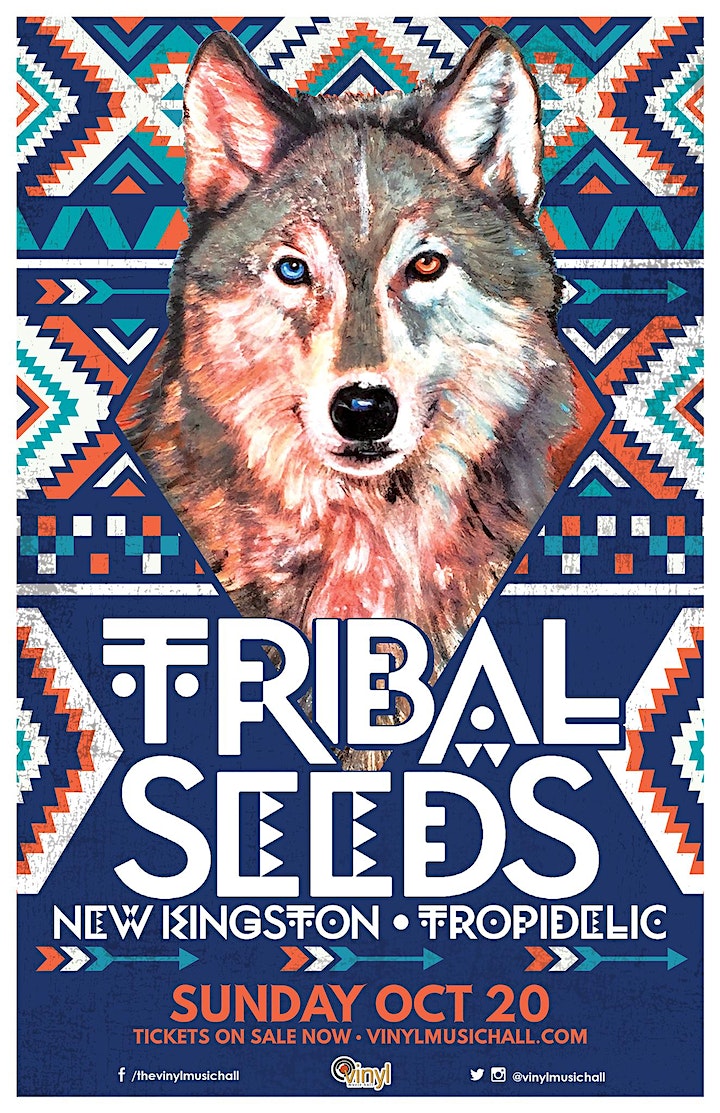 Based in San Diego, rock-reggae band Tribal Seeds come at their music from a different angle, more influenced by bands like Steel Pulse and Aswad than the common touchstone of Sublime. Formed in 2005 by the Jacobo brothers, singer Steven and producer Tony-Ray, the group issued its debut album, Youth Rebellion, that same year. The album was the first of many to be released on the group's own label, including a self-titled album in 2008 plus The Harvest from 2009. The Soundwaves EP followed in 2011, while 2014's Representing cracked the Billboard 200 albums chart. The album featured guest appearances from Don Carlos, Mykal Rose, and Midnite's Vaughn Benjamin.

In March 2017, Tribal Seeds won the San Diego Music Award for Artist of the Year. A new single followed, entitled "Rude Girl" which debuted among iTunes Hot Singles in the Reggae genre. The band is currently recording their fifth full length album, schedule for release in early 2018.

New Kingston is a progressive reggae group whose members combine their Jamaican heritage with the urban sounds of their New York home, New Kingston are a family band consisting of brothers Tahir, Courtney Jr., and Stephen along with their father, Courtney Panton, Sr. A first-generation Jamaican-American, Courtney the elder was active in New York's reggae scene before turning his sons on to the music of their island heritage. Born out of jam sessions in the family's Brooklyn basement, the brothers began their career playing Bob Marley and Earth, Wind & Fire covers at parties and gatherings around the neighborhood. By 2010, they'd become focused on their own writing, which fused R&B, hip-hop, and dancehall with traditional reggae sounds. With each brother writing and offering vocals, Courtney Sr. filled in on bass. Following their self-released debut, In the Streets, New Kingston went on a European tour with rising reggae star Collie Buddz, playing a number of prominent festivals. Their sophomore LP, 2013's Kingston University, earned them a deal with New York label Easy Star Records, which issued their third LP, Kingston City, in early 2015. Boasting an increased production value and guest spots by the Tribal Seeds, the Wailing Souls, Sister Carol, and Sugar Minott, Kingston City raised the band's visibility considerably, topping Billboard's reggae chart upon its release. An EP, Kingston Fyah, arrived in the summer of 2016. - Timothy Mongor

“Every single second is a blessing if you count them all,” sings frontman Matthew Roads. You can hear the sincerity in his voice; the joie de vivre that oozes from everything Tropidelic does is apparent. When they take a stage, their synergy flows member to member—horns blow, knees kicked high and grins are passed from one man to the next. Almost immediately, it spreads to the crowd, lifting hands in the air as their feet begin to move. The pulse collectively becomes that of one.

The six-piece band from Cleveland, Ohio may be far from any tropical islands, but that doesn’t stop them from dishing out an interesting mix of reggae, hip-hop and high energy funk for audiences across the country. Tropidelic has a deep and widespread appreciation for music that can be heard in each note. Some of the members are hip-hop heads, while others are into metal, funk or reggae. Each of these genres lends something to their collective sound. “We pride ourselves in being original in our musicality and personality as a band,” says Roads, “but also in not taking ourselves so seriously that it ruins the fun.”

For their 2017 release, “Heavy is The Head”, Tropidelic carefully vetted what songs made it to the record, and featured songwriting efforts from multiple members. Sound engineer Cary Crichlow, who has worked on the last four releases from the band, returned to get the job done. “Our socio-political views vary as much as our musical tastes and always seep into the music” says Roads. “There’s certainly a lot that needs said, but on this record we tried to be well-rounded and touch on a broad scope of emotions.” The release debuted at #1 on the iTunes reggae charts on November 10, 2017.

These seasoned road dogs can be found spreading their soulful sound across the country in both intimate venues and music festivals, having shared the stage with and supported such acts as 311, Slightly Stoopid, The Dirty Heads, Pepper, The Flobots and Wookiefoot. Previously, Tropidelic has been featured at Electric Forest, California Roots Music & Art Festival, Reggae Rise Up and Warped Tour.

In 2019, the band is focused on touring and working on their next album, which is set to be released in the Summer. They are also making an appearance on the 311 Caribbean Cruise, hosting their third annual Freakstomp Music Festival and much more. Stay tuned for what’s to come from Cleveland’s own, Tropidelic.